Pope's message for World Day of Prayer for Vocations

Pope Francis sends a message to mark the 57th World Day of Prayer for Vocations, celebrated on 3 May.

Pope Francis begins his message by recalling a letter he wrote last year in which he chose four key words – pain, gratitude, encouragement, and praise – as a way of “thanking priests and supporting their ministry”.

At the Angelus on Sunday, Pope Francis invited all Christians to join together in praying the Our Father as a response to the Covid-19 pandemic.

Pope Francis on Sunday called for all Christians to respond to the coronavirus pandemic “with the universality of prayer, of compassion, of tenderness”, adding, “Let us remain united. Let us make our closeness felt toward those persons who are the most lonely and tried”. 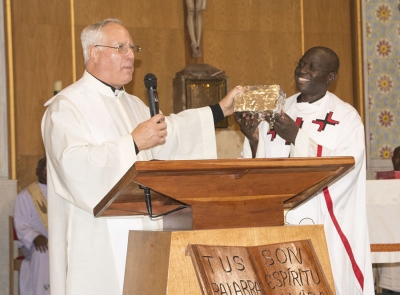