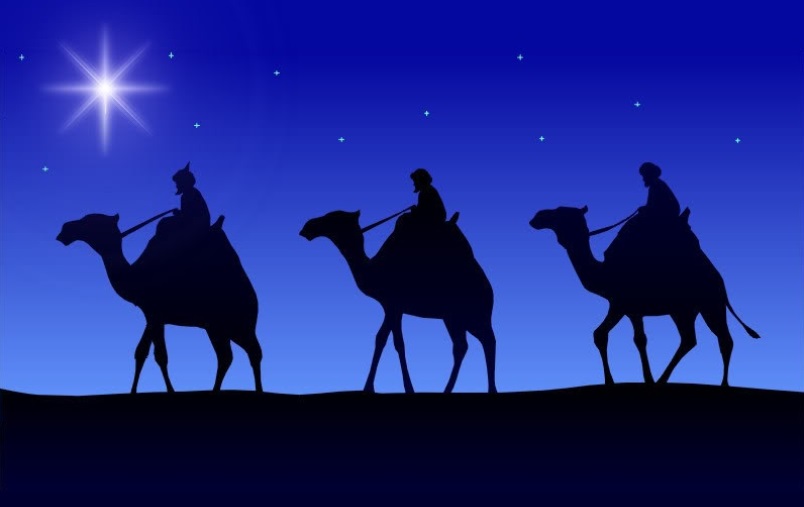 One thing is to have a vision and a star that guides another thing to share that vision because your star is real and universal with a possibility of being realized. Epiphany with its star and wise people from afar is a day that allows wisdom to guide our common mission of discovering baby Jesus amidst our uncertainties. Epiphany is a day when children become missionaries by requesting them be generous in helping fellow children in need anywhere in the world.

Returning exiled Israelites were overwhelmed by the devastation of Jerusalem and its Temple which lay in ruins. When they looked at what they had loved they lost hope but Isaiah encouraged them advocating for reconstruction of everything; Jerusalem, the Temple, villages and homes. He reminded them that by returning, God had dispersed their darkness and shame allowing divine mercy to shine upon them. In this reading therefore, Isaiah shares a marvelous vision of hope. Like a light piercing through darkness, the returnees are given a reason for starting afresh. Whether structural Jerusalem is in ruins or not; what is important is that they are back home. Another good thing Isaiah sees is that they are not alone but accompanied by an international gift-bearing caravan from various tribes celebrating their happy homecoming where racial slurs are no more; but praises of God heard in many languages.

However, this new beginning is not only a blessing for the Israelites but for all peoples of the earth privileged to be drawn to God by the light that shines upon the chosen people. Prophet Isaiah’s description of international convergence on Jerusalem was previously prophesied in Isaiah 48:12-22, making mention of the inhabitants of the coastal regions of Midian, Ephah and Shebah, where once lived the descendants of Abraham cf. Genesis 25:1-4. Isaiah presents their journey en masse to Jerusalem as a fulfillment of God’s promise to Abraham “All the communities of the earth will find a blessing in you” Genesis 12:3. We Christians, who also find a blessing in Abraham, are convinced that Isaiah’s vision is realized in the person and mission of Jesus. By virtue of our union with Jesus we have to become light for others.

Here are three principles that we always need keep in focus. Coming together is a beginning of any thing good; keeping together is progress; working together is success. These actions contribute effectively to the process of producing any quality you can ever imagine. While writing to the Ephesians St Paul was aware of the necessity of these principles for forming healthy and holy Christian communities. Christians being universal in character, it was important that from the beginning Jews and gentiles come, keep and work together. Unity is not a natural consequence solely from ritual and liturgy; it comes from Christ. Ubi Christus, ibi ecclesia, Where Christ is, there is the Church. The Church realizes true unity when she ceases to propagate human views and starts becoming a home where the Spirit of Christ dwells.

St. Paul uses three specific Greek terms linked by assonance stating that Jewish and gentile believers are now coheirs, comembers of one body and cosharers of the promises of God that originated from Abraham cf. Ephesians 3:6. This makes them equal to the Jews in terms of salvation. While the Jews were regarded as the chosen ones, Greeks considered themselves to be the sole possessors of civilization. Further distinctions applied to masters and slaves, male and female. In Christ, all of these distinctions have been leveled making humanity one family. When we look at our troubled world we are tempted to throw up our hands in frustration and walk away, but Ephesians encourages us to remember that we are coheirs, comembers and cosharers.

Matthew solely recounts that the magi were from the east with a rich tradition of reading the signs. Because of their three categorized gifts, they were assumed to be king and even given names of Gaspar, king of India-Asian, Balthasar of Arabia-Semitic African and Melchior of Persia -white European. Traditional art portrays one as younger with ruddy complexion.

However interesting these traditions are; they are not mentioned in the bible apart from the star that led the magi to Jerusalem.  Scientists suggest that the star could have been a comet or the result of the planetary conjunction of Jupiter and Saturn. The astrologer Johannes Kepler calculated that this could have happened around 7-6 B.C. The prophecy of Balaam that “A star shall advance from Jacob and a staff shall rise from Israel.” Numbers 24:17 also documented in the Dead Sea Scrolls allude to the future messiah. Bar Koziba who led the Jewish revolt of 132-135 A.D was given the title Bar Cocheba/ Son of the Star. Basing on this, Matthew affirms the messianic nature of Mary’s son by announcing his appearance with a star.

The role of Herod also deserves consideration; Matthew’s says that moved by hostility and jealousy he hatched a murderous plot that was foiled by the non-cooperation of the magi. This attitude toward Jesus pointed ahead to his future rejection, not only by Herod but also by all who were disappointed at the manner in which he exercised his role as Messiah. cf. Matthew 2:16-23. Today, we are called to be open to others despite our own prejudices.

The figures of the gift-bearing magi from the east represent all non-Jews for whom Christ has also come. This feast of Epiphany challenges ethnical prejudices, conflicts and disunity among us. It invites us to be on the lookout for the natural language of God and respond by actuating it accordingly. Epiphany begs us to look within ourselves and to those with whom we come into contact to move beyond pride and ego and take the first step toward a common cause. Herod missed the privilege of being among the first known leaders to worship God, the word made flesh because of fear, jealousy and pride. He found it hard to believe that God was the origin of power, leadership and authority. Though the prophecy was clear, Herod refused to believe that anything good could come from a little village famous only for making bread. Bethlehem means ‘House of Bread’. The foreign wise/magi visitors instead, headed toward the little village.

The wise men from a far got the destination where God had come on earth; but Herod and his henchmen missed the destination by nine miles which is the distance between Jerusalem and Bethlehem. With nine rugged miles in between, Herod failed to adjust his attitudes from city splendor to rural simplicity, from kingly leader to pastoral guide, from scribal wisdom to homely parables by making a simple decision. We need to stay vigilant not to miss God who is waiting at our door steps to meet us.

You and I have to believe that we are nations walking by the light of God, not marching by our selfish trends. In this era and time, religious and civil leaders should shepherd instead of intimidation and misleading others as Herod did when he was in power. We need to be humble instead of being proud, cooperative instead of assuming false competition. We need to be peaceful instead of being aggressive, lovable instead of spiteful because we have been made one in Christ. On this feast of Epiphany, we celebrate the day when three wise people admitted that they had missed their goal by nine miles and corrected their course. We have to re-discover the Star of our life and follow the road map to salvation. We have to avoid the Herod in us by listening to the voice of reason that is gratuitously given to us through Scriptures, tradition and revelation. Today we are walking to Bethlehem as our city of choice and nothing else.