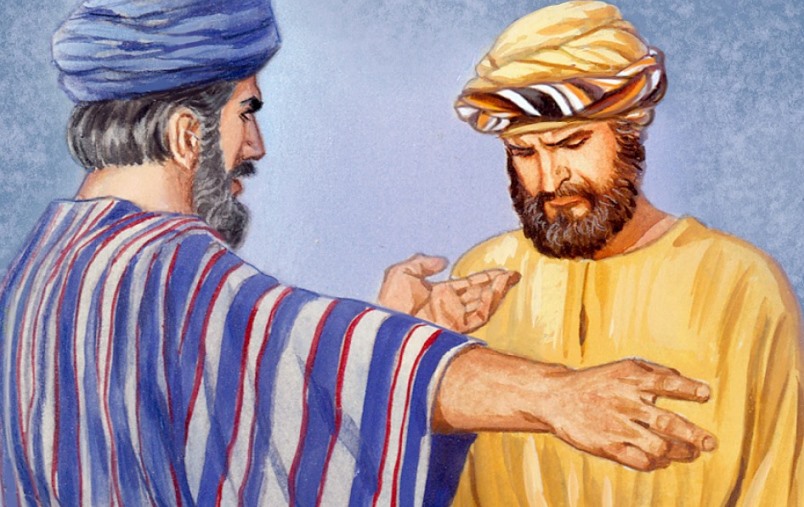 Most times we are so preoccupied to hear, care and act on essentials of our neighbors. It is good for us to be here once again in the company of the sacred texts whose living words are asking of us, will you be stewards of your wealth or of one another? Wealth should be a source of blessing for both givers and receivers otherwise it deafens us from the needs of others. If our wealth is our greatest treasure here and now, it may also be our deepest regret all our eternity.

Amos deemed it necessary to speak out boldly, even in an offensive manner in order to awaken care for the poor in the consciences of his contemporaries. Amos put it straight: ‘Steward your poor ones among you. More precious than the shekel and silver are the needy of the land.’ These are the ones that deserve to benefit from the investment of one’s time, talents and treasure. Amos’ powerful and passionate words have resonated through the centuries in hearts of those who have been mindful of the challenge of social stewardship. Let it sink in our minds that a person’s true wealth hereafter is the good he/she does in this world to fellow human beings. When one dies, people will say, ‘what property has he left behind him?’ Although the 8th century B.C prophet Amos lived at a time when his people had yet to become aware of the blessing of eternal life, he did understand the importance of good deeds that eased the life of the needy. He was also convinced that good deeds, like bad ones reap their consequences here and now. For that reason, he soundly criticized the rich for neglecting the poor and warned that such actions would bring about the downfall of the wealthy.

Today Amos holds forth the poor who are being cheated by dishonest merchants and bankers. So eager were they for profit that they wanted the legislated Sabbath rest to end so they could get back to the business of making a shilling/shekel. While we readily understand his references to ‘tipping the scales in their own favor and selling the chaff along with the wheat’, we may not be quite so clear on the notion of ‘buying the lowly for a pair of sandals’. When poor people wished to buy something but had no money, they sometimes put themselves as collateral. In the event that they could not scrape together even the cost of a pair of sandals, the seller to whom they were indebted could sell that poor one as a slave in order to recoup the money. Even now Amos is reminding us that humanity is ‘broke of ethics and integrity’ that we need to rethink the manner in which we exercise our stewardship especially for the poor.

After the golden age under Kings David and Solomon, the kingdoms of Israel and Judah experienced wave of oppression. First the Babylonians, then the Medes, then the Greeks and finally the Romans held sway over a people who once were free. Through the centuries, Hebrew tribes chafed at the bit of foreign occupation. Occasionally they rebelled, only to be cowed again into submission. With the coming of their long-awaited Messiah, they hoped that their political situation would improve, but Jesus was not the military leader they had expected. Therefore, it became necessary to adjust to a different way of being in the world. The audience of 1Timothy belonged unconditionally to Jesus and fully surrendered to his leadership, yet they were also Roman subjects. St Paul, while writing 1Timothy encouraged believers to pray for those in authority to remember that they are leading human being and not simply the territory.

This adjustment attitude on the part of believers may seem like a compromise, but it will be appreciated in the long run. In the world but not of it, Christians are reminded not to rebel against the powers that be, but to present their social group as an alternate lifestyle. This alternative which was afforded to all believers through the saving sacrifice of Jesus attempts to change the world not by force but from within by grace. For St Paul even the Roman Empire was included in God’s salvific plan when he affirms that “God wills everyone to be saved” 1Timothy 2:4. Despite the Romans intimidating leadership style, Paul recommends the audience to “offer supplications, prayers and petitions on their behalf” 1Timothy 2:1, so that they may come to know the truth. It is difficult to pray for your persecutors but it is not impossible. Jesus says “love your enemies; do good to those who hate you” Luke 6:27.

As we try to grasp the truth being taught in this Gospel, we are reminded to keep in mind that this is a parable where the master represents God while the steward Israel is supposed to be God’s property manager and light in the world. But Israel has not lived up to its responsibility and is under the threat of dismissal. Against this historical backdrop, the parable asks: what does Israel need to do? In their attempt to become worthier stewards of God, the Scribes and Pharisees resorted to a more stringent application of the law. Although it was well-intentioned, this legal emphasis resulted in the exclusion of many people they intended to steward. It was to these that Jesus reached out with welcome. In this parable, Jesus invites his audience to do the same. However, this will require throwing caution to the wind and setting aside the extra bits and pieces of the law which the Pharisees have heaped up. Thus disencumbered, Israel is to make friends wherever they can in order to bring many to God.

This Gospel, however challenging may sound that the dishonest manager’s actions exemplify something of the character of reasonable stewardship. Caught in a crime and about to lose his job, the steward of this rich employer became quite creative in assuring his own survival. His willingness to take any steps and risks are necessary challenges for us to imitate by being ready to depart from the tried and true and risk something new. When the traditional methods of stewarding God’s poor ones are no longer viable, why not be willing to attempt another way? To insist that we’ve always done it this way is an excuse that has held back many good plans and frustrated those willing steward. To keep on thinking aloud that ‘if it is not broken don’t fix it!’ is another way of justifying failure to make the changes that are unavoidable.

His willingness to forego his present status in order to make friends who might help him in the future, the dishonest steward offers an example of the risk taking that is a necessary aspect of belonging to Christ. This belonging always involves letting go of the safe, the familiar and the comfortable in order to enter into the fray of life in this often unyielding and hostile world. Even Jesus could have remained in the safety of Nazareth, content to form discussion groups with anyone who was interested. He could have steered clear of Jerusalem and confine himself to the small villages where news of him would have been slow to circulate. But he did not opt for safety or even longevity. Those who wish to be his disciples are challenged to follow his example in risk taking for the sake of God’s reign.

We need to be careful never to take advantage of any other human person because is poor or weak. All human beings are made in the image of God. We have the responsibility of respecting and praying for people in authority; not because we agree with what the do but because they also need salvation. Taking reasonable risks is part of being alive; when there is real need, we ought to jump the rope. God who sees we are putting in some effort will provide a way out. Even if the world we live in could be a pretty shabby place, full of dishonesty and deceit, we have to do all good possible to create an occasion that will assist us to be spontaneous, creative and determined to gain salvation. Look at this crooked businessman who had the nerve and sense to forego everything in favor of a later, larger one! When he knew that his business life was over, he had the courage to risk present baubles for a future nest egg. In the end, we will not be judged by the effectiveness but by the care we shared, the love we offered and the cup of cold water we gave in Jesus’ name. That is the way to pursue.