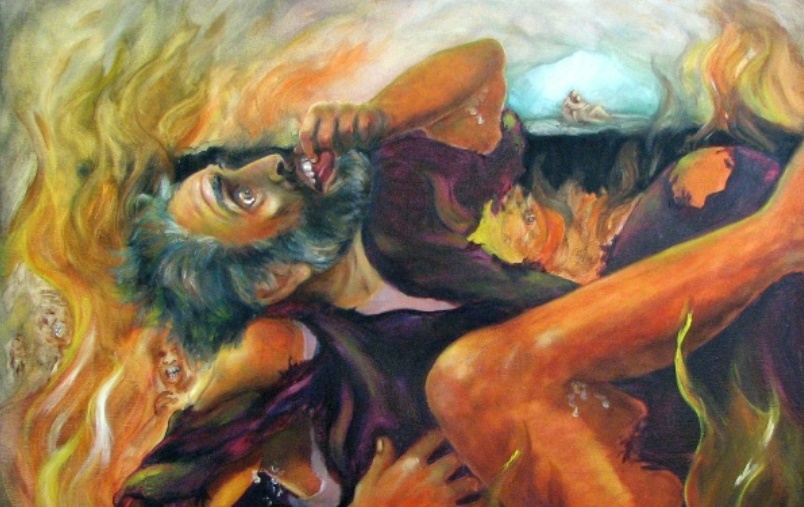 What is the meaning of running after wealth? We may assume that reasons for seeking wealth are universal, yet it turns out that there are regional variations regarding wealth and the freedom it enables. Some wealthy people concur that their monetary status allows them to buy the best products they deserve after hard work. With wealth, some people are able to earn respect, be charitable, happy and to walk on the road to success. While the rich are seen as blessed, most needy people speculates injustice. We are called to make sure faith checks on this imbalance.

Amos the prophet from Tekoa points his accusatory finger directly at the problem. The rich were not hateful or hostile toward the poor; they were “unworried” Amos 6:1. It seems they thought that there would be time enough to attend to the poor later. Their riches had become such a comfort that they were lulled into satiety to notice the plight of others. All of us are called upon to challenge such a scenario by not being afraid of assisting the needy. Our voice, like that of Amos must ring out in defense of those who are being victimized every day by unjust managements. This makes it clear that preaching without referring to the history one preaches is not worthy. Unfortunately, many among us like a preaching so spiritualized that it leaves the unworried. I repeat that a preaching that says nothing about injustice is strange.

Amos was a fire brand who could not speak for God without referencing those human attitudes and behaviors that clearly contradicted God’s good news. He castigated his wealthy northern neighbors and warned them that their selfishness and complacency would end badly. Amos had not chosen to be God’s whistle-blower; in fact he was contented with his life in his hometown of Tekoa in Judah as the shepherd of sheep and a dresser of sycamore trees. His pastoral and agricultural work required all of his efforts and attention. Nevertheless, when called by God to condemn injustices perpetuated against the poor, he went and did as God had commanded. The wealth had afforded themselves luxuries. Their fine beds inlaid with ivory panels, their banquets of veal and lamb, their leisurely cocktail parties and fine music stood out in sharp contrast to the straw pallets of the poor with their meager diet and daily struggle to eke out an existence. Amos regarded these iniquities as sinful and exposed them. History attests that because they rejected the message, Israel fell to the Assyrians in year 722 B.C with all the rich taken into exile. Amos challenges us to use our wealth to ease the needs of the poor.

If you have been present at a ministerial ordination, you are aware of the sacredness of the moment, the memorable words and rites that accompany the rite. Hands are anointed, lives are blessed with the laying on of hands and the one who becomes Christ’s minister that day is celebrated in the midst of those he vowed to serve. Because of the liturgical structure and style of this text from 1Timothy; it is evident that it was part of an ordination ceremony. Timothy who is being addressed here is reminded that the faith he first professed at baptism is the same that has brought him to this moment. This is the faith that he, as God’s servant, is being commissioned to protect, to preach and to hand on to those entrusted to his care.

As an example of the quality of faith to which Timothy is to aspire, St Paul presents the falsely accused Jesus standing before Pontius Pilate as recorded by St. John the evangelist, “I was born for this; for this I came into the world, to bear witness to the truth, and all who are on the side of the truth will listen to my voice” John 18:39. As one who might be called upon to defend himself, his faith and the Christian community before the powers that be, Timothy is to exhibit similar courage under fire. To encourage his brave endurance, Timothy was assured that the struggles of this life would become but a distant memory when Jesus would appear at the proper or chosen time. Appearance which in Greek means epiphanaeia referred to the second and final advent of Jesus at the parousia. Until that time, Timothy was charged to “keep the commandment without stain or reproach” 1 Timothy 6:14. We are reminded to do the same.

This story of a rich person ignoring the plight of the poor is unique to the Luke’s Gospel, but it is certainly not unique in the human experience. For many, the poor have become unpleasant and unavoidable props in the ongoing drama of life; they are always there, always needy, but seldom noticed except for the nuisance they cause to an otherwise neat and pleasant landscape. This is the situation that is best described by the experience of the unnamed rich man and Lazarus of Jesus’ parable. Or could it be that the rich man had indeed noticed and cared for Lazarus on several occasions; may be he had given food, money, clothing for some time, yet Lazarus’ needs were overwhelming. Lazarus would return, again and again to bring his misery to the very doorsteps of one who had been so generous until it was unbearable! This latter scenario may be more feasible and as such, it may speak pertinently to the heart of Jesus’ message: The poor and their need will not be worthily attended by the occasional ‘band-aid’ approach to charity but by a thorough justice that sees in their needs as an opportunity for living the Gospel. Regardless of how the rich man had expressed his behavior and attitude toward Lazarus, Jesus’ parable makes it clear that whatever he did was too little. Moreover, with the death of the rich man, it became too late to make amends or to reverse the eternal consequences of what he had done or what he had failed to do.

After death, the situations of the two men were reversed and the result was surely a shock to Jesus’ listeners. They would have expected that the rich man’s riches which were regarded as God’s blessing to continue into life everlasting; conversely, they would have thought that the poor man’s death would mean relief but not reward. Addressing these expectations, Jesus attested to the reversal of fortunes that had come to characterize the reign of God. Jesus also attested to the decisiveness of death and indicated that if change or growth were to be effective, these transformations would have to take place on this side of the grave. At its basic level during Jesus’ earthly ministry, the parable spoke to the incompatibility of serving God wholeheartedly and acquiring riches. While riches are not evil in themselves, the business of amassing wealth can so preoccupy one’s energies that we let the needs of others go unattended. A similar application from this parable continues to speak to us even today.

Abraham’s statement in this parable reminds us how the law and the prophets had taught a similar message including reference to the resurrection. To all of us, this parable continues to provide both a warning and a challenge. Acceptance of God, belief in Jesus and commitment to the Gospel as a way of life are possible only before one’s death. To refuse these opportunities is to reject everlasting life and a life of bliss in paradise. Therefore, if you see another in need, do what you can to help. If you do not see the need, pray that God may open your eyes.

Today, Amos, Paul and Jesus invite us to use our wealth whatever great quantity as an opportunity for exercise justice that hears and responds to the cries of the poor. God’s love is knocking at our door as a continual invitation to go away from personal comfort to compassion. With each response to the knock, we see more and even become more aware that people need to be loved. To ignore caring for the needy is a tragedy that we have to avoid by all good means possible. The rich man’s greatest mistake was not simply his failure to do justice but to ignore another human person who needed his care. Make sure you recognize people around you.