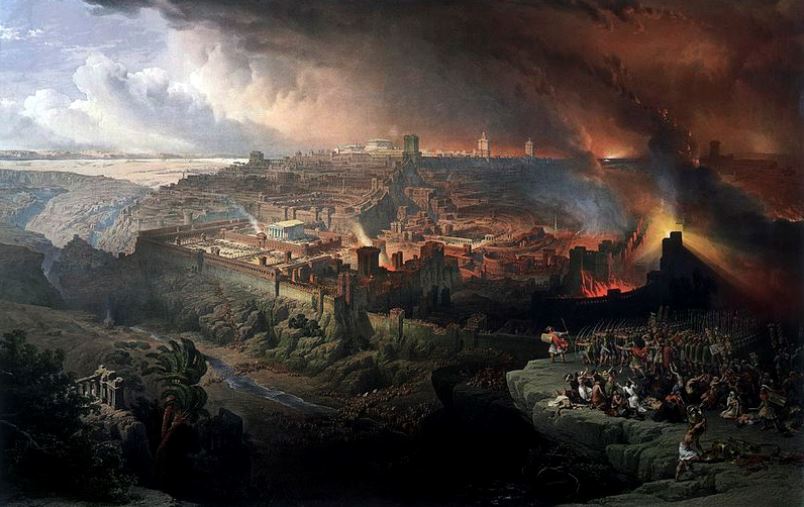 After years in Africa, a European missionary went on home leave and returned with a set of colorful posters that he used to illustrate sermons. As he had hoped, the pictures proved great success. Each Sunday the congregation would linger around them discussing what they had learnt. Near the end of the liturgical year the preaching was about the end times and final judgment.

Before mass the appropriate poster was out. While inside, he heard whoops of delight and laughter only to turn around and see his congregation dancing with joy. Surprised, he called for silence and asked how they could find humor in the prospect of final judgment. ‘Hell is no laughing matter he shouted! Then one of the revelers took his arm and led him to the poster saying, ‘don’t you see, Father? Look! all the people in hell are white!’ Indeed that is the danger because most of us think that Hell is for others; instead the truth is that we need to look within ourselves and worry about the end times because hell is a fact and not a myth.

Ministering during the turbulent period of reconstruction after the exile between 460-450 B.C, the anonymous prophet referred to Malachi/my messenger realized that most people had lost sight of God while others were looking for Him in wrong places. Indeed the infrastructure of Judah was being rebuilt by King Cyrus of Persia and Nehemiah the governor; lives of people were still in shambles. Though the temple and its liturgy had been reestablished, prayer life and religious passion was yet to be visible. Without mincing words, Malachi attributed the spiritual malaise to laxity by clergy, careless rituals, withholding tithes and foreign influences that had crept into the liturgy. The growing gap between the rich and the poor made him quickly point out the irony that those who seemed to scorn God were doing very well financially, while the poor and often the most faithful were foundering. In order to grab their attention to refocus, Malachi took a harsh tone and warned that on the Day of the Lord everything would be reversed.

The Day of the Lord was traditionally known as a time of joy but now Malachi prophesied that that day would be one of judgment for Judah and the nations. Rather than longing for that day, people would hide themselves to escape it because it would be like blazing oven meting out God’s justice. This would be the end to the wicked and healing for those who fear God. The term sun of justice accurately translated becomes ‘the sun which is justice’, representing the sun’s mysterious power to give light and life to all. Malachi understood the title sun of justice as a tribute to God of Israel. The same title means Jesus the Sun of justice who has come into the world to be its light. Believers are called upon to hope and wait for the light of justice and truth.

Someone once quipped, ‘there are two ways to get to the top of a Eucalyptus tree: struggle to the top sit on its tip until it grows’. Unfortunately, some Thessalonians opted for the sitting option which was inaction. While others gave themselves wholeheartedly to daily struggles of Christian living and prepared themselves to welcome the return of Jesus; others removed themselves from the fray and were contented with waiting for the Parousia. Their idleness threatened bankruptcy to the community. These Thessalonians had opted to be busybodies were both intrusive and nosy, meddling in the affairs of the rest. While writing his second letter to them, St Paul regarded those with such fondness as ‘disorderly’ and ‘un productive’ refusing to pull the weight by working thus becoming a burden upon an already troubled community because of persecution and wicked people. With such threatening troubles, St. Paul quickly clarified the misinterpretation about the end times, the confusion that the end had already come and the idle members who had become armchair critics on what did not concern them. To correct these false ideas, St. Paul offered the example of himself insisting on paying for any services received. He could have expected support from those for whom he opened the treasure of the good news; instead as a tentmaker he plied his trade to support himself because a Christian ought to be financially independent. Like this no one could call him a slacker, Paul appealed to tradition stating that “anyone unwilling to work should not eat” 2 Thessalonians 3:10.

Even today, there are people who claiming to be prophets referring to the Gospel and similar apocalyptic narratives as a timetable by which to predict the end of time. Some use such texts as a ‘literary bludgeon’ to frighten the faithful into submission or to instill fear in them to convert and repent. However, if the genre of apocalyptic literature is to be correctly interpreted, all of the events described had already taken place. By the time the Gospel of Luke was written in the mid 80s, the temple in all its beauty was no more. It had been destroyed by Titus and his troops on 7th July 70 AD, and not one stone stood upon another. Gone, too, was the temple liturgy. Only the synagogues survived as places of prayer. It was in these gathering places that the first followers of Jesus started to preach in his name the good news but they were also expelled; many were arrested by civil authorities and martyred under Nero in the 60s and Domitian in the 80s. In the midst of all these struggles, imposters were purporting to be the messiah whose return in glory they awaited. Each in turn proved to be false making some followers of Jesus begin to wonder if Jesus would ever return.

To allay their fears and strengthen their resistance, Luke reminded them the promise of Jesus that he was forever present. He urged them to look at Jesus in whom the presence of the eternal God took on flesh and to look with love on those who struggle. Don’t be terrified, said Jesus. Don’t follow false leaders. Look upon the persecution you will surely suffer for my sake but as an opportunity to give testimony. Luke affirms the teaching of Jesus which could also be translated as: ‘You will be called upon to act in a way that witnesses to your fidelity to me what you really are’ If and when that opportunity becomes ours, Jesus has promised to give us wisdom in speaking that our adversaries will be powerless to resist or refute. Jesus’ promise encourages us be pure in spirit and integrity. We should not testify to Jesus with our lips and then live in a manner that contradicts us. To do so is to live a lie that serves no one; not Jesus, not the Gospel, not the community or even ourselves. Jesus has promised that his gift of wisdom will be available to those who are willing to witness to him in truth even when that truthfulness might result into death. We are invited to welcome that wisdom, to continue looking to God for every good grace and then roll with the punches and pain until the end.

Today the message is about the end of the world, but most of us are more interested in the beginning of the world. Let us not be naïve, the end is real so we need always to be ready.  While waiting for Jesus return we should avoid extravagance and work for what we eat. The times may prove tough but we must never weaver because Jesus is with us. So be ready to be rewarded for your good life but to face consequences if you detour. We ought to work hard with our brains, hands and whole self. Idleness is not acceptable. We are modeled by grace, so we can’t be destroyed.