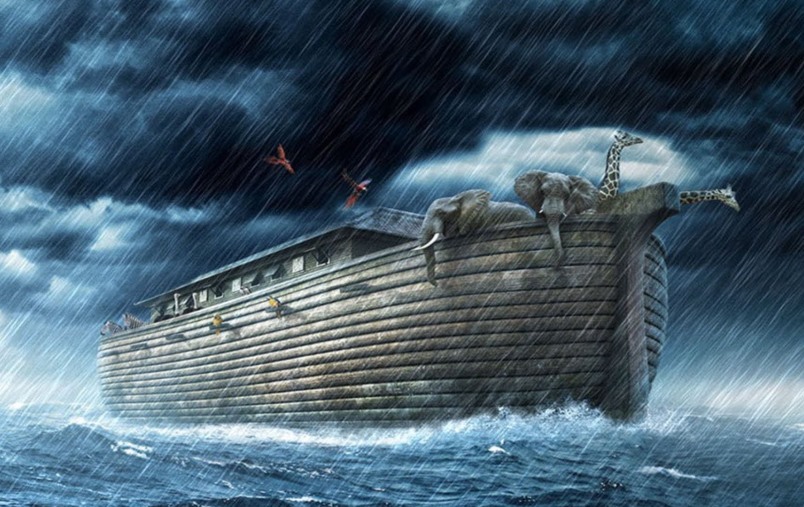 Every now and then we hear exhortation to vigilance since we are vulnerable to forgetfulness.  Today’s liturgy sets the tone for Advent season reminding us that waiting for final judgment requires more than sentimental expectation. We cannot simply hope for change; we have to take those actions that will establish it. If conversion is ever to happen on the global level, its seed must be planted and tended in individual hearts. The choice is ours; the season is now.

Although he lived in the 8th Century B C, the life and times of Prophet Isaiah of Jerusalem were not different from ours. His was an age and rumors of wars and connivance in high places. Tiglath the III had ascended to the throne in Assyria and was vigorously conquering the then-known world. Israel allied with Syria and invaded Judah in an attempt to co-opt it into as an ally against Assyria. In the end, despite Isaiah’s advice and protests to the contrary, the ill-conceived alliances proved futile as all fell to Assyria. Israel and Judah became vassal states of Assyria making the prophet’s visions of shame a harsh reality. Nevertheless, Isaiah did not stop the voice of God from speaking through him. He addressed Israel and Judah announcing better times when the nations, along with Judah and Israel would recognize that God’s ways were the true path to life. Isaiah portrayed a converted people who had begun again to look to God for answers instead of following their own counsel and reaping the unfortunate consequences. By accepting God’s instructions, He would intervene successfully in their political disputes.

After the initial image parading nations streaming toward Jerusalem for learning, Isaiah’s vision conjures up a ‘court of appeal’ where problems will be divinely judged. In this court where God presides, war would not be a security option for national policy. In order for the divine policy of peace to be effective, all parties must submit to God and relinquish the right to establish peace by their own hand. The peaceful would reap the benefits of Isaiah’s vision by dismantling their weapons of war and engaging them in a completely different type of activity of build and respecting life rather than destroying it. This move to a ‘peacetime economy’ would require procedures to be put in place so that the resources and capacities of the economy are shared peacefully rather than use of force. It is not enough simply to put aside the swords and spears but rather to transform them from instruments of death to those of transformation. The sin of war should not only end but should be publicly repented and the energies that make such war possible be redirected into development. No such growth is possible as long as we hide our weapons trigger ready ‘just in case’; we need change of attitude.

While Isaiah envisioned a future in which the weapons of war would be transformed into implements for building peace and justice, Paul called for believers to ‘put on the armor of light’ and to conduct themselves in a manner worthy welcoming the origin of peace and justice. It is not enough merely to hope for better times; Paul urges us to allow our hope to direct us into active service. Because Paul was so devoted to establishing the reign of God, he willingly held himself out as a model. St. Paul insists that as believers in Jesus, we are empowered to act by faith and in accordance with the Spirit, since we are already sharing in the end-time blessings of justification, peace, reconciliation, redemption and salvation. On the strength of this conviction, Paul speaks of ‘salvation’ being ‘nearer now than when we first believed’ and of ‘putting on the Lord Jesus Christ’ so as to make the good news live in a world that needs urgently.

As we start the advent season, the image of future salvation serves as a reminder of whom we should be since time is short. St. Paul contrasts the day that is beckoning with the night we are currently experiencing and calls us to be people of the day walking in the light rather than darkness. Paul’s point is not that we need to get ourselves in order because of so little time left but rather that the anticipated future and behave wisely. Though advent is a time of waiting for Christ’s coming; there is no need to post pond conversion. From today onwards we ought to live in peace; work for justice and be reconciled with God. By so doing so we bear witness with our lives to that Christ has come, is coming and will come again.

Today’s Gospel encourages us to live in a purposeful readiness for welcoming Christ so that we may not regret when that time comes. Some of us tend to wait until it is too late to remedy a situation then start to regret saying, ‘had I known, I would have done something different’. To that end, Matthew reminds us that we do indeed need to know and believe that Jesus will come among us again. We also have to know that his coming will be characterized by judgment. Though we are duly informed and aware, we do not always allow this knowledge to penetrate the practical aspects of our lives, hence the annual call to alertness that is with in this message. First on line in this text is the figure of Noah who took God’s word to heart and prepared for what was most of the world an unpredictable calamity. Noah’s example of trusting obedience testifies against the human weakness for procrastination even in the face of imminent danger.

Though we are warned of an oncoming storm, many among us tend to think, ‘Well it could never happen here, or to me!’ As a result, we may find ourselves unprepared and unable to cope with what can prove to be an overwhelming turn of events. A pair of men and a pair of women are the ones offering us the next lesson. At the coming of the Son of Man, Jesus warns, one shall be taken and the other left. To the casual observer, both pairs of workers appear to be the same, but in an act of God’s judgment, the two are separated. One has been deemed ready for the reign, while the other is not. Those who await the returning Christ must go about their daily duties in a spirit of preparedness because we will have no forewarning. At the time of Jesus’ eventual coming, there will be no more time for ‘getting ready’.

A final lesson is communicated to us in the person of the householder caught unaware by a thief in the night. Unaware, he was lulled into a false security by savoring the present to the detriment of a future-oriented existence. While we, as a world, await the second return of Jesus, we are reminded of a ‘personal parousia’ which is our individual encounter with Jesus at the end of life. The end of our journey is as certain as it is unknown. Therefore, watchfulness and hope are in order as we live this day, this hour, this moment, as prepared as if it were our last.

It is one thing to believe in some final divine intervention. But it is another thing to believe that God is intervening here and now. We have to believe and hope in the coming. Like people of the promise, we have to prepare ourselves as well as hoping in God. Many of us freeze in life because we are hopeless. We are not sure that new things will happen, and there is little proof that they do. This is a fallacy; life as we see it is passing away. Human life is complicated because its origin is in God. Life is not a puzzle that has a few missing pieces; life is a cubic challenge in which one changed piece changes all the others. In order to hope in ourselves we have to first hope in God. A practical hope is present in God. God does not have a general plan for our life. Our life has a precise meaning. God not only has a final goal; our life means something right now. God is not some outside fixer or controller; God is with us as soul mate. During Advent in order to grow in hope, we must play the waiting game of choosing something specific, because hope in everything is no hope at all. Hope in God and all the rest will follow.