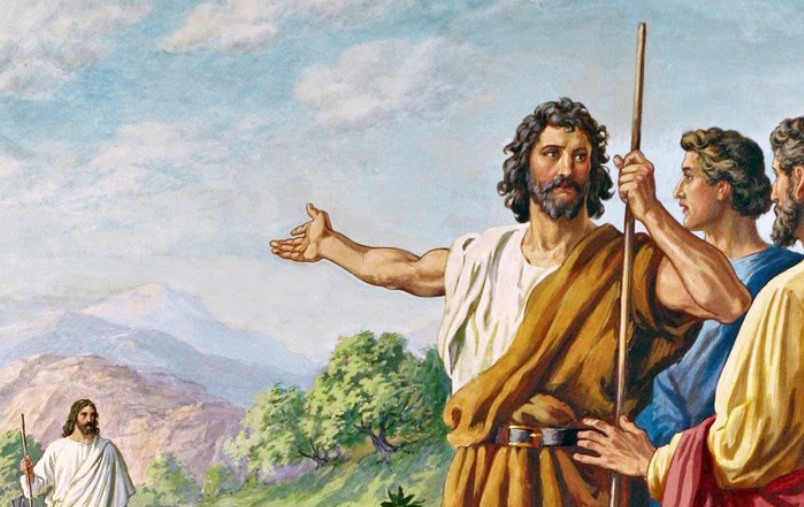 I was invited by friends to participate in the baptism of their newborn baby. As I watched and listened, the celebrant asked the traditional questions of the baptismal rite. . . Who presents this child for baptism? What do you ask God for your child? What name have you chosen for your child? Naturally, the baby, only weeks old, was unresponsive, except for a little crying and gurgling, but parents and God-parents responded to the questions for him. It is a duty as a family of God to continue to be responsive and responsible for faith we have inherited all through life.

One of the major challenges of the Church is to find a way to be a servant-community in the spirit of the suffering servant of God. God is not a distant being who dwells neither in the heavens nor on the borders of human life but at its center to inculcate this life model. Therefore it devolves upon the Church to perfect herself on the servant-like spirit since this is her identity. The Church is a servant whose ministry is capable of transforming the world and human society according to the values of the Kingdom. In her role as servant, the Church is an agent of social change in every aspect she is involved in, yet her core and essential mission is proclaim the word and to celebrate the sacraments.

Long before such reflections could surface, Prophet Isaiah had understood that it was through the person and mission of God’s appointed servant that the world would be forever changed. By his ministry to the word, the servant would bring what seemed far so near and transform the human society, restore Israel and bring light and salvation to all the peoples of the earth. It is evident that Prophet Isaiah proclaimed his songs of the suffering servant periscopes cf. Isaiah 42:1-7; 49:1-7; 50:4-11; 52:13-53:12 at a time when he was enduring the exile in Babylon around 587-538 B.C. In this instance Prophet Isaiah thought of himself as the servant, chosen by God to serve his people. But centuries later in the wake of Jesus’ death and resurrection, the early Christians ascribed this role to the messiah as called, consecrated and commissioned by God to be a servant who was the light and salvation of humankind. Today, as we acclaim and honor the servant let us acknowledge the fact that by virtue of our baptism we are all called, consecrated and commissioned to be God’s servants.

For the next six Sundays, the second reading will be from Paul’s first letter to Corinthians. That is why background information may prove beneficial. St Paul traveled to this Greek city at around. 49 AD, while on his second missionary journey. By his own account, Paul described his mood upon arrival as one of “weakness and fear and much trembling” 1Corinthians 2:3. Although he had had some degree of success in establishing communities in Philippi, Thessalonica and Beroea, he had been driven from one Macedonian city after another. Needless to say, the sarcastic and disinterested reception Paul experienced in Athens had done little to lift his spirits. According to Luke, St. Paul received divine consolation and encouragement shortly after coming to Corinth. One night, in a vision he was told “Do not be afraid. Go on speaking, and do not be silent, for I am with you. I have many people in this city” Acts 18:9-10. Thus strengthened, Paul served in Corinth for eighteen months. Geographically, Corinth was an ideal choice for the foundation of a Church. Located on a narrow peninsular on about four miles wide, Corinth was on a crossroads of trade routes traveling north, south, east and west. Enjoying great commercial prosperity, Corinth’s population was an eclectic mélange of Roman veterans. This city had been a Roman colony since 46 B.C, Jews, philosophers, merchants, sailors, freed persons, slaves, as well as hucksters and agents of every form of vice had a home in Corinth. Home to the Isthmian Games equivalent to today Olympic Games were held every four years.

Corinth was also notorious in the ancient world because of the life-style of its citizens. Each evening the one thousand priestesses affiliated to the temple of Aphrodite goddess of love, plied their trade on the streets of city. As a result of its decadence, the word korinthiazesthai, which means to live like a Corinthian, was incorporated into the Greek language as a term to describe utmost depravity, drunkenness and debauchery. Nevertheless, it was in this unlikely place and among these unlikely people that one of the most vibrant Churches in the ancient world flourished.

In this reading, Paul extended to the Corinthians the conventional greeting used in all Greek correspondence and infused it with the faith he had helped to foster in that community. Accenting both their call by God and their consecration in Christ Jesus cf. 1 Corinthians 1:2, Paul reminded his audience in Corinth of both the privileges and responsibilities they had received at baptism. Because of their baptism, a new posture and a new perspective were to characterize lives that had once earned the worst reputation in the ancient near eastern world. Graced by God the Father, the Corinthians assumed and maintained a posture of holiness, ever receptive to hearing and diligent in living the good news cf. 1Corinthians 1:3. Today, every congregation like ourselves wherein this text is proclaimed is duly reminded to live according to its call and consecration and to do so with the appropriate posture and perspective.

By the time the gospel according to St John was given its final from in the last decade of the first Christian century, there is little doubt that the community had already come to grips with the distinctive roles of Jesus and John the Baptist. In this regard, there was perhaps no other single event as controversial as the baptism of Jesus by John as it seemed to imply that Jesus was subordinate to John and, because certain disciples of the Baptist continued to regard him as messiah and awaited his return, despite his death at the hands of Herod Antipas. Each Evangelist underscored John’s preparatory and temporary contribution to God’s saving plan. In this last gospel, John the evangelist has been most definitive in his assessment of the two cousins. Without even alluding to the actual baptism, he focuses attention on Jesus. While John the Baptist’s call and consecration by God had commissioned him for the important ministry of precursor, nevertheless it was Jesus who was consecrated, and commissioned to bring salvation to the world. For this reason, John is portrayed as assuming a posture subordinate to Jesus; by this testimony. “After me is to come a man who ranks ahead of me because he was before me” John 1:30.

By witnessing to the Spirit, descending on Jesus like a dove from the sky; by testifying that he had been told that the Chosen One on whom the Spirit remained would baptize with the Holy Spirit and by pointing to Jesus as the Lamb of God who takes away the sin of the world John has offered clear insight into the superior role of Jesus. As Chosen One, endowed with the Spirit, Jesus has fulfilled the mission of long awaited servant whose “saving mission would bring light to the world” Isaiah 42:1. The title Lamb of God was evocative of several salvific images. First, the title brought to the minds of John’s audience, the paschal lamb, whose blood, smeared on the door posts and lintels of their homes had saved the Jews from death cf. Exodus 12:22.

His passion and the shedding of his blood, Jesus had effected the Passover of all people from death to life. Secondly, the title, Lamb of God, referenced the image of the Isaiah’s servant of God, who “bore the guilt of others and who was led like a lamb to slaughter. Through his suffering the servant justified many” Isaiah 53:7, 11. Elsewhere in John’s book of Revelation, there is a third image of a lamb, who was slain and yet victorious, a conquering lamb by whose blood he “purchased for God those from every tribe and tongue, people and nation and made them a kingdom and priests for our God” Revelation 5:6, 9-10. John the Baptist’s call, consecration and commission made him the herald of the one whose call, consecration and commission was to be servant-savior of humanity. Each of us who believe in Jesus ought to understand our own call, consecration, and commission in reference to and as an outgrowth of the servant saviour.

While it is easy to speak of our baptism in sublime generalities, today’s readings challenge us to think in terms of the ‘nutty gritty’ of our daily commitment. Through the call, consecration and commission of Christian baptism, we are fully responsible people who are in genuine communion with God. Our Baptism demands daily attentiveness, conversion and growth.