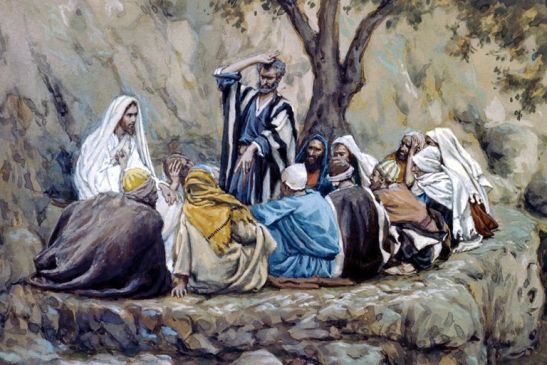 Christ told his followers that they should not be afraid to declare themselves for Him in public.  Are we afraid to speak and act in a Christian way? If so, why? Is it because we are unwilling to suffer for Christ or it is simply because we are afraid of what others will say?

From the 1st reading taken from Prophet Jeremiah Chapter 20: 10-13, we are told that the prophet was surrounded by terror, but he didn't lose his nerves. He remained faithful to his mission because he knew that God is with him and will uphold him.

From the Gospel according to St. Mathew Chapter 10:26-33. Christ exhorts His disciples to bear witness to the Gospel openly and fearlessly.  If they do so he will claim them as his own at their departure from this world.

In the Gospel, Christ calls for witnesses that is, people who are not afraid to be seen as His followers in the hostile world.

I suppose it is fear that keeps us from a bold and generous following of Christ.

One may ask as to how this applies to us in Uganda who live in a peaceful country? We are not persecuted because of our faith, in fact, to be a true Christian here is seen as a sign of respect.  In some countries,  to be a practicing Christian is to say goodbye to chances of promotion at the workplace,  to be denied certain services,  in short, to be segregated.

Here we are still required to witness Christ in bars, clubs, on the streets,  in public means of transport, in shops, schools,  hospitals,  offices,  factories,  banks, hotels, in our homes and among our neighbors.  In short, everywhere.

We are invited to witness Christ's love,  peace, truth, justice,  reconciliation, and integrity of creation.

Let us in this mass, ask for the grace to be courageous in witnessing Christ in the world.