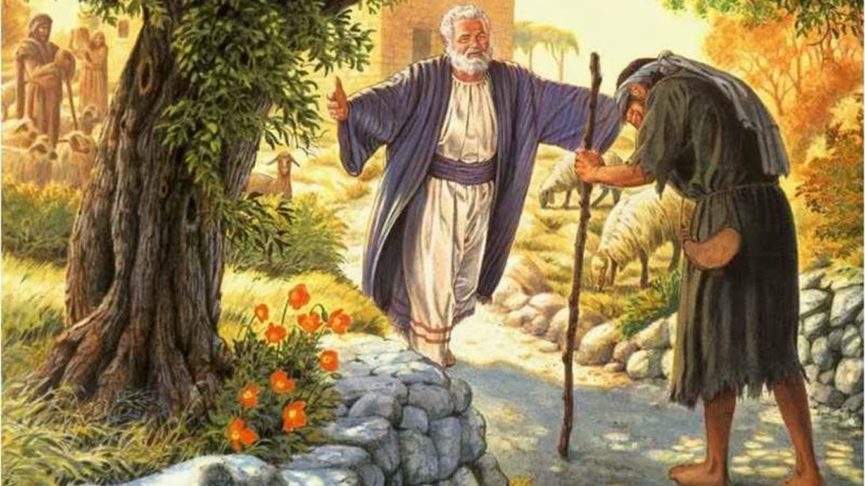 God’s concern and love for sinners

From how today’s gospel is presented, it is evident that during the time of Jesus’ ministry, people were categorized either as sinners or as righteous. Seemingly, the two did not have anything in common and so never interacted. The Pharisees were among those considered the righteous and the tax collectors and prostitutes were the sinners, the unrighteous. The Pharisees did not associate with the sinners because of the fear to be contaminated and sort of dirtied by the sins of the sinners and thus they also dissociated from anyone who interacts with the sinners. No wonder the Pharisees and the scribes complained of his attitude of welcoming sinners and dining with them.

Through the attitude or principle of non-exclusion, Jesus expresses God’s concern and love for sinners, for those who are lost. Just like the good shepherd, he searches for them and unites them with his flock. The three parables, of the lost sheep, the lost coin, and the prodigal son call us to see how great the love and mercy of God are. He takes concern and the initiative to look for us when we are lost and when we have followed our ways. The three parables also bring out a sort of process that brings joy to the Lord. Firstly, it does not please God when we are lost and separated from him because of sin. Secondly, God comes in search of sinners, like in Eden he came looking for Adam, “Adam where are you?” (Gen 1:39). Thirdly, it brings immense joy and celebration to the Lord that we have been found and reconciled with Him. Ours is a God of relationships, he mends broken relationships. He reconciles even with betrayers and with the worst sinners we can imagine. (If you are a sinner you would and you should be rejoicing over this). It is a way of conversion, a way of repentance. The repentant sinner brings joy to the Lord. If a repentant sinner brings joy to the Lord, then we should be repenting our sins daily to be the reason for the celebration of a feast when all seemed to be unfulfilling and ungratifying service like of the elder son.

The key word in these three parables is lost. The lost sheep, the lost coin, the lost son, or the prodigal son. One searches for what he or she has lost because they are of value because they feel at a loss without it. So, when we think about ourselves as lost because of our sins, we remain of high value to God the loving father who comes in search of us. we need to come back to our senses and realize that sin has led us in the wrong direction, and so return to God. For God, one sinner is as far more important just like the 99 righteous ones. God’s love does not segregate, it is ever ready to embrace and reconcile us with himself. We are separated from him by our sins, but we are reconciled back to him by his immense love.

Separated by sin, reconciled by love

God does not look at how long we have been away from him, or how much or how big our sins are. His attitude is not judgmental, but compassionate. In the parable of the prodigal son, having deliberately separated himself from the father, he no longer feels like a son, he lost his dignity and his identity. That is why he says I will return to my father and say, father “I no longer deserve to be called your son, take me as one of your servants”. He felt that he did not have a filial relationship with his father. He looked at himself differently, condemning himself, filling himself with feelings of unworthiness. Instead, the father looked at him with love and compassion, he gave him a new tunic, put a ring on his finger, and convoked a feast for him to grant him through these symbols newness of life and restore his dignity.

Dear friends, let your sins remind you of the love and mercy of God. Strive to live a holy life, do not make friends with your sins. Look up to the merciful God when weighed down by the guilt of sin. This must not only be at a personal level but also on a communal level. We need to borrow the example of Moses in the first reading, not condemning and castigating each other, but rather interceding for one another, praying for sinners such that God may relent and be merciful to us all. We should just watch people sinning, or be happy because they are sinning. We should not look at evil indifferently. We need to do something to be the reason for others' return to Christ, pray for them if you cannot talk to them.

Paul’s example from the first letter to Timothy assures us of the possibility of change conversion, from being a great sinner to being a great saint. Saying yes to the mercy and grace of God makes us saints. Even as we walk faithfully with the Lord, let us not develop pride and use our little righteousness to doubt the actions of God like the elder son. The Lord loves us equally, may we bring him joy by repenting and remaining faithful to him.