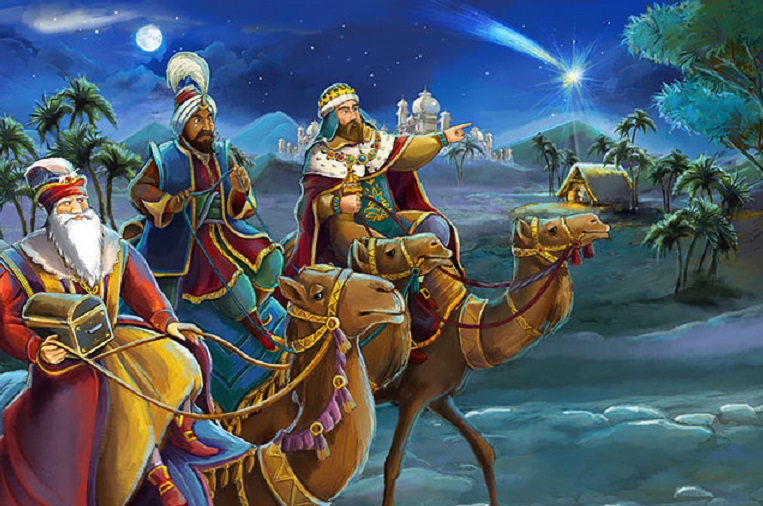 The Savior is revealed to us

Today mother Church celebrates the feast of the Epiphany. It's also called the feast of light. Light has the quality of revealing, making us see what is hidden. It illumines what is unclear to our perception. The star guided the three wise men to where the baby Jesus lay. They followed its light and never doubted the strangeness of the place in which they found him lying. The feast of the Epiphany, therefore, brings to light the Christ who has been born by revealing to us his identity. He the light of the world casts away darkness and makes us walk in clear paths as we walk only in him.

The circumstances surrounding the birth of Jesus did not present an extraordinary reality. Most people at his time did not realize who he was or perhaps even doubted because of the ordinariness of the way it happened. He was born in the filth of the kraal, in a manger only known better by the mouths of the cows that fed from it and by the hands of the shepherd who often filled it with hay. This of course was contrary to everyone's expectations for the birth of a king and savior. How could the king to deliver the people of Israel be born in such a place? So helpless, so poor, and extra lowly! They could not even find a place at the inn for them. Yet he manifests himself in such a humble state. The first lesson we draw out of this is that we must not seek God only in glorious colorful moments but much more in the lowly and even humiliating experiences.

We could ask ourselves what some of the filthy conditions of our lives that don't attract us are. They may be disgusting and not what we expected. The humility of the birth of Jesus teaches us that he reveals himself in the humble ordinary happenings of our life. The most precious stones and metals are not easily found on the surface of the earth. They are hidden and can only be discovered by those who explore, who are not afraid of putting themselves on a voyage of searching like the magi. So is the savior of the world. We do not have to look for him in extraordinary events but rather learn to search for him in simple day-to-day experiences. He is born there. He is present there. His star leads us there.

The magi, pilgrims, and prophets

When the magi embark on this long trek in search of him guided by the star, they are moved by the conviction that he is the savior and king. They want to pay him homage, to adore and pay allegiance to him. They do not deviate from the inevitable consequences of following the star. Following the star as they did gives to us a walking posture for our lives, that is, walking with our feet firm on the ground (being realistic0 but with our heads once in a while raised to the sky to see the star such that we do not lose focus of it. We need to keep our eyes on the light of the star that leads us to Christ, to God. Imagine how much they had to keep their heads high so as not to lose sight of it. And when eventually they encounter him, they pay him homage. These three wise men, through their gifts of gold representing his kingship, frankincense representing his divinity, and myrrh foretelling his death, show us who Christ is. That is a divine king who comes to offer his life for us. The direction of the life of the magi changes, they do not return through the same route. When we encounter Christ, the direction of our life changes, we don't go back to our past but we draw lessons from it. We develop a new vision and our route changes.

Watch out against the Herodian attitudes

Even as joy fills the world for the birth of the savior, not everyone was and is excited about this news. There is always a Herod, who feels threatened, who feels insecure, and whose intention is to kill. He is full of hypocrisy that he also wants to pay him homage yet in the actual sense he wants to thwart the life of the little infant. We are called in God's word to love our enemies and pray for them, but let us not expose ourselves recklessly to the Herods whom we are aware of because they will destroy us. Learn from the magi to change the routes of your life, and learn from the magi to listen to God’s inspiration in your heart. Stick to it. The magi did not complain to take a different route, they obeyed, and they were not eagerly looking for a shortcut. They listened and obeyed. We have known that he who has been born for us is the son of God, the light of the world. He has been shown to the nations. Let us pay him homage, let us surrender our lives to him as he offers himself to us. God in the incarnation assumes humanity such that humanity might assume divinity. It is a grace for us. May the infant King keep revealing himself to us and transform us. Amen